CAROL ANSHAW
For Book Clubs
If you’re interested in having me join your club’s discussion of any of my titles, contact me through this site. If you’re in my neighborhood, I can drop by. If you are in rural Mongolia, I can join by Skype. I very much enjoy meeting readers.

Here are some reading group guides your club can use, followed by a Q&A with me.
‍ 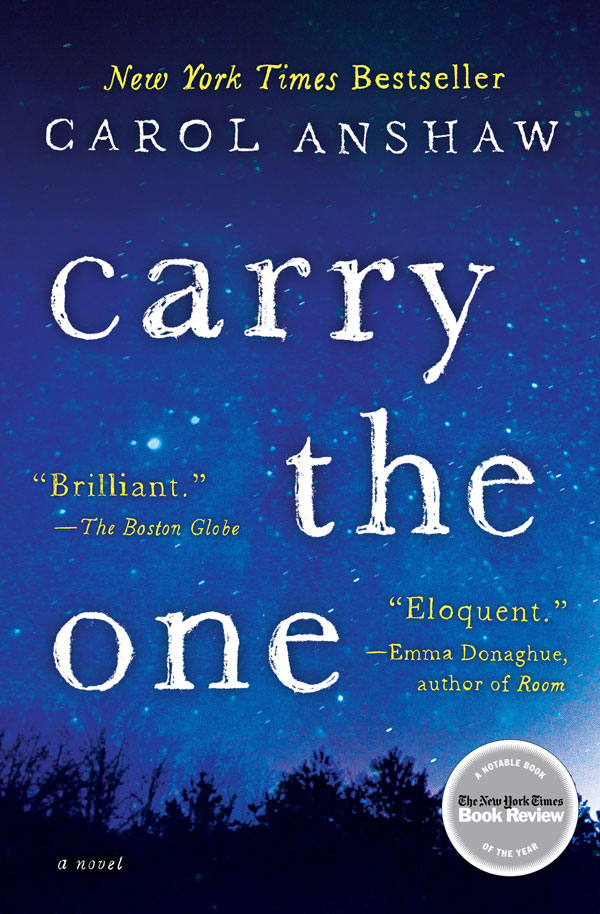 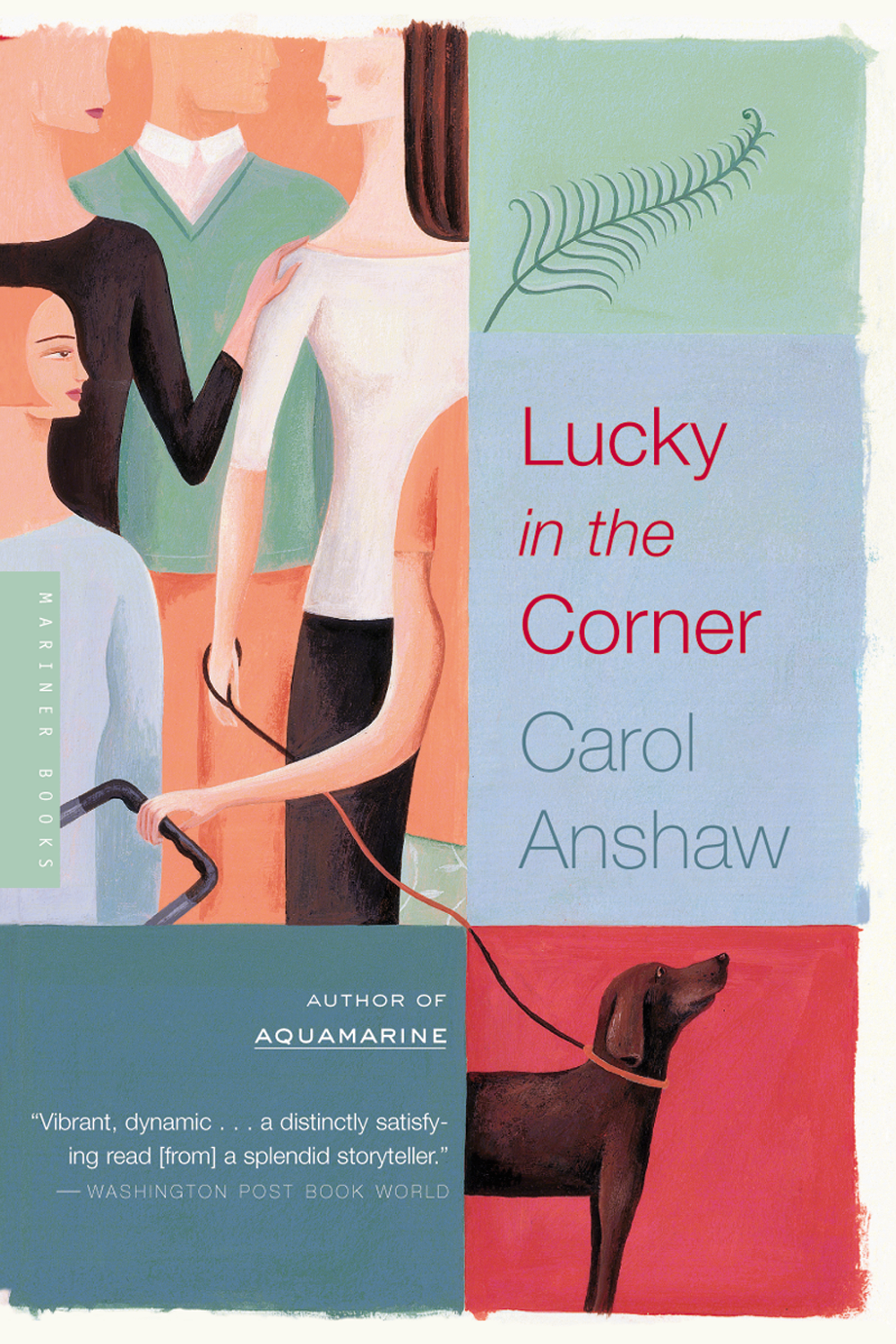 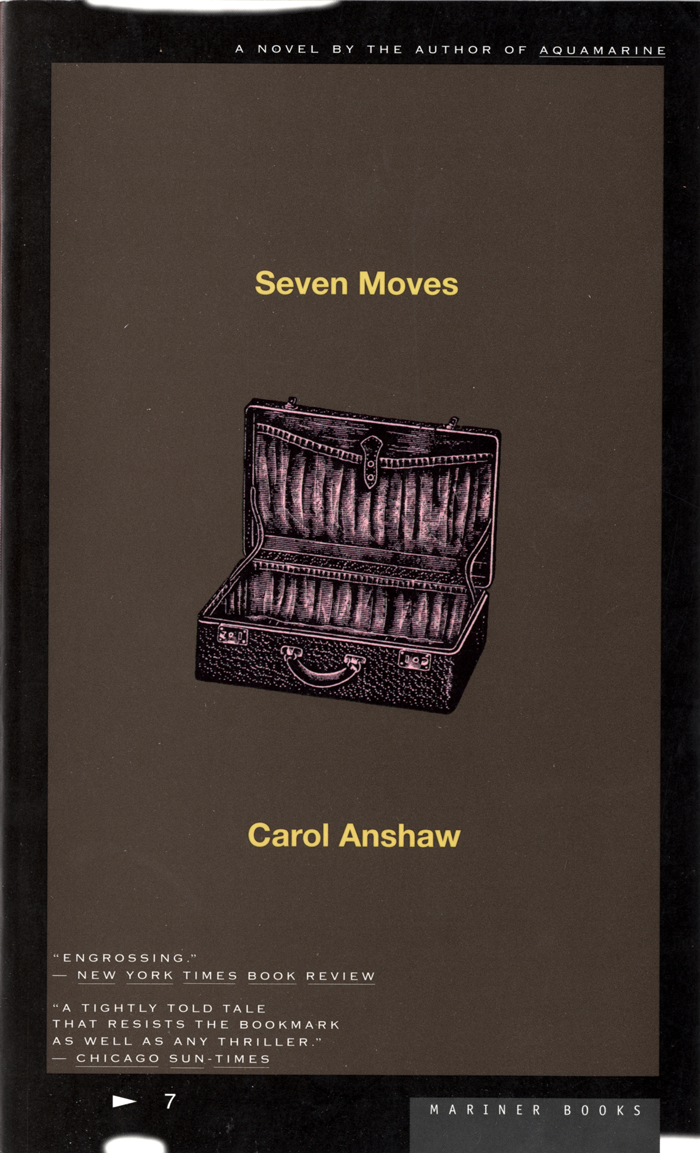 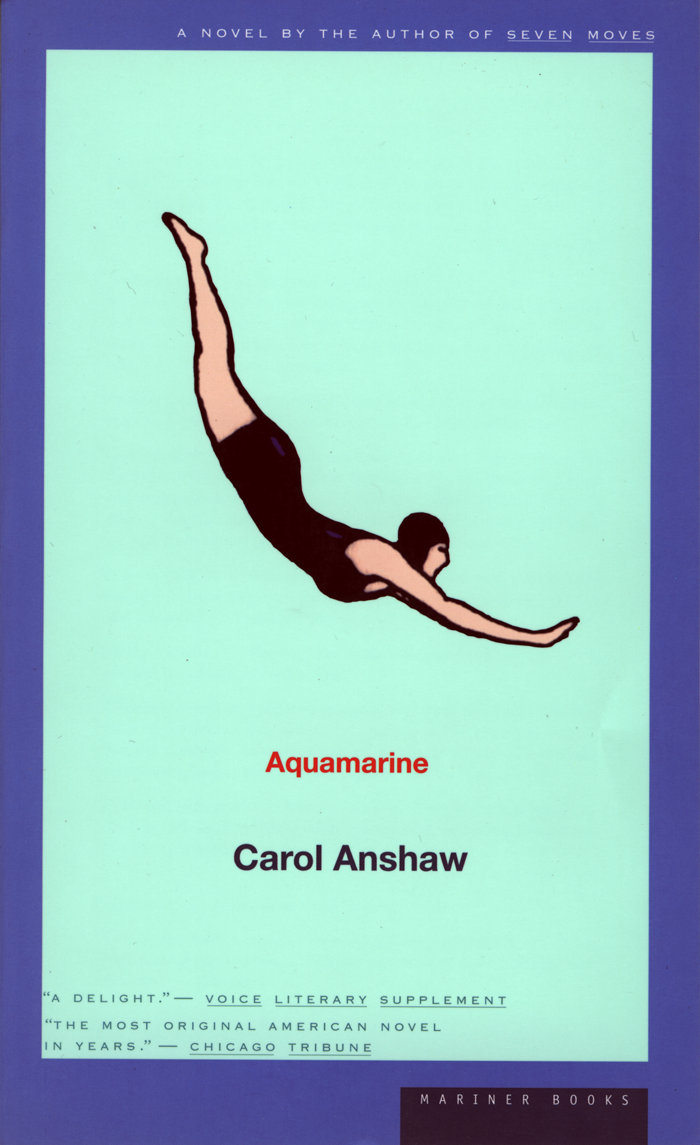 A Conversation with Carol Anshaw

Where did the idea or inspiration to write Carry the One come from?

I wanted to make a story that has sweep but feels concentrated. I wanted to make a book that is recognizably a novel, but also something a little new. Someone once said that in terms of narrative, what follows violence is always interesting. Setting up the violence in the book as a death, an accident, but one that could probably have been avoided was a layer I applied to the story, to give it moral shading. The characters feel greater and lesser degrees of responsibility, and have very different responses to what happened, but none of them can outrun its shadow. I also wanted to write a story that covers a significant span of years, to examine the part time plays in love and obsession, in relationships among siblings, in political convictions, and the struggles of an artist. And in the case of one character, the way addiction can trump everything else. I see a lot in literature about addiction, but very little about what it’s like for the family of an addict, how one member can create a centrifuge, pulling the others into the spin, how much energy is spent trying to retrieve the person hurtling downward.

This is your fourth novel. Was the process of writing Carry the One new or different in any way, compared to that of your previous novels? Do you have a specific writing method you like to stick with? Where is your favorite place to write?

My favorite place to write is in my studio. I have a really quiet space, a quick bike ride away from my home. I don’t hear a sound except the clatter of my own thoughts.

There’s detailed information on a variety of topics in Carry the One, from art to cats to astronomy. Was there a research process involved while writing the book?

Well, I am also a painter, so that part was easy. My brother was an addict, which was hard to live through with him, also hard to write about but I think it’s important to show what happens to an entire family around one member’s addictions. I did a ton of reading about astronomy and astrophysics and talked with an astronomer.

Many authors find that their characters are extensions of themselves, in one way or another. Do you find that to be true? Do you have a favorite character or a character do you identify with most? Are any of the characters based on people you know?

Alice is the character most like me, but she is not me. Nick’s addictions are those of my brother, but the character is not my brother. Carmen is an amalgam of a lot of women I’ve admired over the years. The way I write is like cutting up real life into tiny pieces of confetti, then taping them back together again in a wholly different pattern.

The siblings are named after characters from famous operas: Carmen, Lucia, and Nabucco. Why did you choose those particular names for them? When you begin crafting a character, what tends to come first for you—name? Personality? Physical attributes?

‍The names Carmen, Alice and Nick came to me. Later I made these nicknames from pretentious names their pretentious father gave them. The personality comes to me first with every character. From there I have to give them names and figure out what they look like.

You’re from the Chicago area, where the book is mostly set. Was the setting important to you? Do you see it as playing a significant role in the story?

I live in Chicago and most of my novels and stories are set here. It’s a complex place. Idiosyncratic and interesting. I’ve come to think of it as one of my characters.

Although the novel alternates viewpoints and follows each character, we don’t really get to see their lives from Tom’s or Maude’s perspectives, even though they were in the car. Was this simply because you felt that Carmen, Nick, and Alice were the main characters of the story? What made you decide to use Olivia as the character who brings the novel to a close?

Yes, the siblings are the main characters. I had more of Tom, also of Jean, in earlier drafts, but in compressing the book much of them got squeezed out. The novel has to end with Olivia; that’s all I can say about that.

Does the story end for you where it does for us as readers? Or have you imagined their futures in your mind, beyond the pages of the book?

This is always a question I love getting from readers, what happens afterward. I think it implies I’ve brought the characters to life. If the characters live beyond the last page, they do so in the reader’s imagination.

Who are your writing influences? Any books you are currently reading that you would recommend to your readers?

I’d say my biggest influences are Shirley Hazzard, Alice Munro, and Don DeLillo. I’m reading half a dozen books at the moment.